Which social media app has a ghost as its mascot 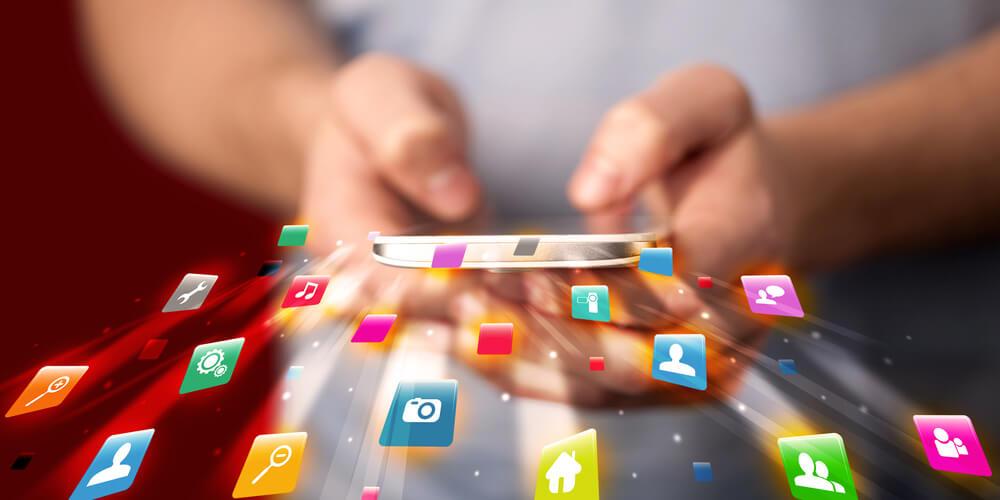 Snapchat is the multimedia messaging service that was launched in September 2011, and it took social media by storm with incredible growth and customer attention. It has a huge customer base and it has been able to manage connectivity with Gen Z group.

Its central feature is that it limits access to the posts made by the visitors. It allows a person to share Snaps that last for not more than one to ten seconds, and the users embellish each snap, drawings, captions and the filters.

Snapchat was released with the logo Ghost and it retained the ghost shape later but removed the face on it. It provides users with ways to add friends on snap chat to start chatting and view friends' story. One can add Phone Address Book, Nearby Location, User Identity, Profile link and scan the snap code of the app.

The Chat Ghost displayed behind the friends' name allows adding friends from the address book. In case you add somebody, you can get a Ghost with a smiling face and heart-shaped eyes.

The website offers a range of emoticons that can be posted to somebody and if the message comes from an anonymous person, a selfie ghost or a white ghost with a funny face can be seen.  Snapchat sponsored Lense like the Super Bowl that has been able to generate huge revenue for the firm.

Who has a ghost as a mascot?

Social media Snapchat app offers video and photo messaging where one can talk to friends and relatives, and the app keeps updating its features from time to time. It has a ghost mascot that has a thick, black outline and is against the yellow square that has rounded corners.

The yellow colour is believed to have helped the logo gain recognition. The logo is definitely a unique choice with a distinctive shape and striking colour that successfully makes a mark on the visitors.

In a blog, Snapchat mentioned that it is ghost like because one may see and then they may not. The ghost does not have a face and the firm said that they forgot the face and wanted to state the user himself is the face on the logo. The Snapchat ghost logo designer said initially the logo had a face and a smiley but it was later removed.

What is the main purpose of snapchat?

It is the social media networking site that allows sending messages, audios and videos that are rarely saved on the site. The messages are delivered in the moment connections and in the rawest form.

Snap is the word used to describe the disappearing nature of videos and pictures posted on the website where the main functionality is to send messages and once it is viewed, it disappears.

Its chat feature can be used to start a conversation with someone where you swipe right on the name of the user from your recent snaps page and then message. The message disappears once you have read it.

Over 60% of the users make use of the app's chat function each day. As the snaps are viewed, it is gone forever. The representatives of the firm state the social media networking site works in the manner we communicate, face-to-face, in the manner we talk to each other, we live out our lives and the moment disappears once the communication is over.

The website emulates behaviour and psychology commonly found in real-life communication.  The collection of snaps can create a story. It is unlike snaps send to an individual friend and it can be viewed by anyone who follows you.

The stories last for over 24 hours after being posted and it can be re-watched a number of times. One can watch the story and reply to a particular picture or video sent by swiping up from the bottom of the screen.

How many people use snapchat?

The recent October 2019 reports find Snapchat has over 210 million daily active users and is popular with the teenagers in the age group of below 16. 73% of the US Snapchat users are 18 to 24 years old. A wired report found teens love the life and breath of Snapchat and the majority belongs to the Gen Z age group.

From its inception to use, it is inherently based on frictionless space where the next generation user can explore their identities and not feel like being judged by their close / known friend group.

Most of the products and advertisements are posted with the notion that one can be whoever they want to be without the influence of yesterday.

Data figures indicate - How many people use Snapchat? How many young users use it for messaging/ texting? related information.

Who owns snapchat and what is its business model? Evan Spiegel and Bobby Murphy co-own Snapchat Inc. Evan Spiegel was the youngest billionaire in the world in 2015. In April 2011, while, studying product design at Stanford University, Spiegel proposed the design of Snapchat – which was named Picaboo.

He worked with fellow classmates Bobby Murphy and Reggie Brown, and the app grew significantly. By the end of 2012, the app user count reached 1 million daily active users.

There are three ways the business model attracts users – it creates a sense of urgency, it appeals buyers who do not want to feel sold out, and it offers personalized sales marketing channels.

Mark Zuckerberg tried to buy it for $3 billion but the owners refused to sell. The share price of the firm rose 200% in 2019 as the firm was valued at $23.5 billion.

There are certain conditions when the website can retrieve the content sent. The chats or snaps remain stored if it is unopened for 30 days after it is sent and the story content is available for 24 hours or until it is deleted.

It has a written policy that states that it can provide information to the police or law department in response to any legal proceedings. The act allows obtaining basic subscriber information and account content. It shows metadata, not the actual content snaps.

Certain other reports find the website actually may not delete the photos, it just buries it deep inside a device and forensic examiners may resurface it. Certain memory content may be available unless it is deleted by the user.

What social media uses a ghost?

The Facebook logo can be recognized everywhere. It is created on the blur white box and it uses a light colour background. Twitter logo is about the infamous bird that tweets away merrily. One can use the mascot in the blue or white, and twitter recommends applying a 10% -20% black off the entire image to get legibility of the white mascot.

The website allows an exception where a white logo may not work with colour printing.  Google uses G & + where official Google+ red colour has no alternative or reverse colour options. Whatsapp is the messaging app and it connects with users through a local network.

It can be used to text or make a call. The logo of Whatsapp features a white phone on a green dialogue cloud. The design is very clear and straightforward representing what the function of the app stands for.

Each social media has certain criteria for selecting their logo. Each brand uses the logo to indicate their attitude, aim or vision. There are rules to use logos. The brand allows users to download and use the approved social media app mascot and not create their own version.

Each brand mascot has a certain specific choice/pattern of colours. Twitter, Linkedln and Facebook –use blue colours. Snapchat has three colour variations associated with the Snapchat ghost logo to contrast the background can be fully yellow, monochrome with black background or monochrome with white background.

Snapchat uses the ghost as it has certain features which are different from other social media websites. The minimum and maximum size of the Snapchat ghost logo for digital applications can be around 45 pixels wide and the print application can be 10mm wide.

The clear space around the social media app mascot is equivalent to one –third of the width of the ghost mark. The mascot design has brand guidelines where certain clear space is present around it to make it visible to the audience.

The shape and proportion of each element of the social media app mascot should be the same when resizing.  The Snapchat logo offers users to use any of the three colour versions with the background colour.

The ghost can show emotions like – surprise, victory, boredom, laugh, anger, shock etc. There are many advertisements of major brands posted on social media sites.

The site does not have public friends feed or a mechanic that can show people, their friends are viewing or engaging with your content. It provides a great way to build an audience through pre-existing followers on various different networks.

Like the Vine and YouTube influencer who is able to shift the audience to various other social media platform, the method is impactful and requires the person using the platform to promote your Snapchat. One of the ways to do it is by scheduling posts on Buffer, as it helps to promote the Snapchat throughout the week.

How To Choose An SEO Services.. 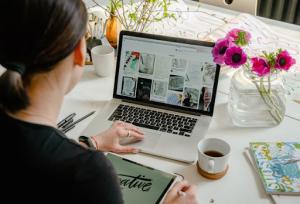 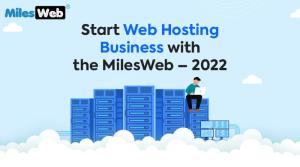 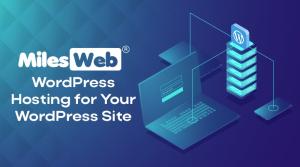 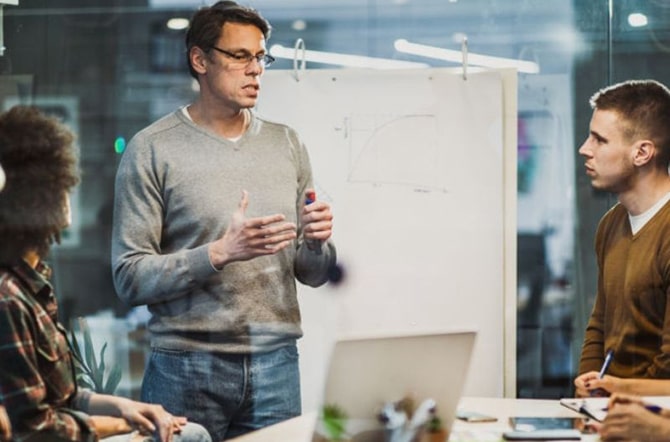 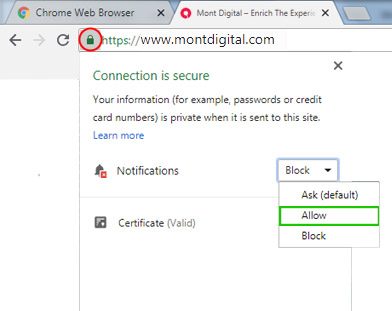